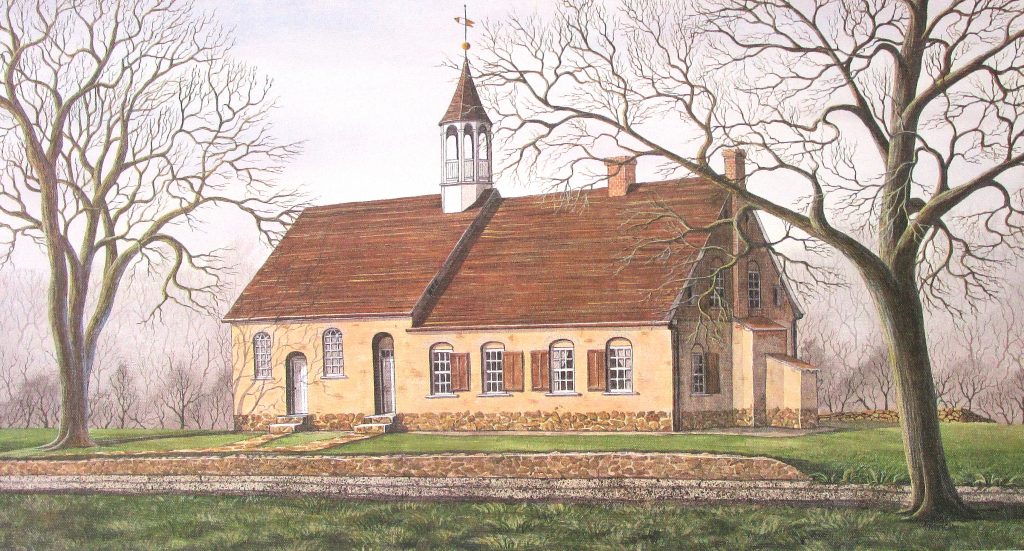 All about historic Bethabara

Bethabara is a Hebrew word meaning “House of Passage.” It is the name of the traditional site of the Baptism of Jesus Christ. Located in what is now Forsyth County, North Carolina, historic Bethabara was first settled in 1753 by twelve men from the Moravian Church who came there from Pennsylvania. Originally there was only one abandoned cabin in this 99,000 acre tract of land that the church had purchased from Lord Granville. This place was named Wachovia and was intended to house the Moravians until a central village could be found established. That final place would turn out to be Old Salem. Construction of this village began in 1766.

Just six months after arriving in historic Bethabara, the French and Indian War Began in western Pennsylvania and quickly spread to western North Carolina. The folks in Bethabara housed a number of refugees during this war until 1761.

While the Moravians were talented in may areas they were particularly accomplished in agricultural practices. Their medicine garden produced over fifty kinds of herbs. They patterned their gardens after the ones they had in the Old World. Documents show that their garden plans with plant list are the earliest still in existence garden plans with plant list in America today. One of their plans was dated May 1, 1759 for an Upland or Vegetable Garden. Their other garden plan dated June 23, 1761 was labeled “Hortus Medicus” which means Medical Garden. Both of these gardens were in Historic Bethabara.

This historic Bethabara art print will make a dramatic statement to any wall of your home or office.

I have three other Moravian Art prints available Click on the images below to view them.