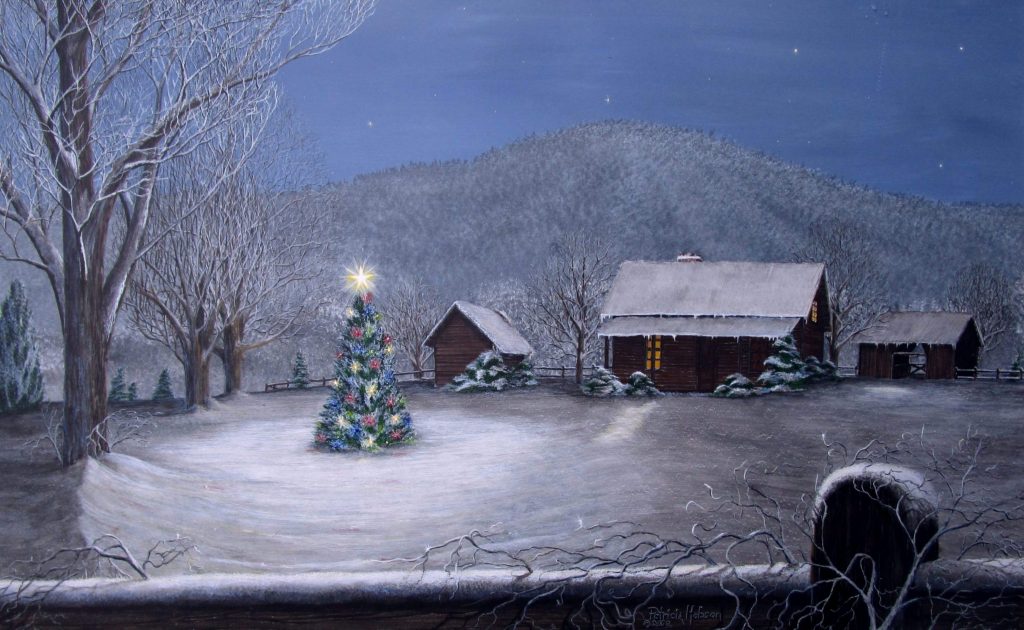 All about the Christmas Art Print called  “A Brushy Mountain Christmas”

This beautiful Christmas art print features a tree lit with multi colored lights and a star on top sitting out in front of an old country cabin that sits at the base of the Yadkin County mountain. Some people called it “Star Peak.” While others called it “Star Mountain.”

“Star Mountain,” standing tall among the foothills of North Carolina, has quite a story about how it got it’s name. In the early 1900’s, a man named Star Nicholson and his wife, bought this mountain with the intentions of building a hotel on the top. After purchasing the property, Mr. Nicholson and his wife held a well digging party right up on the very top of the mountain where the hotel was to be built. For those of you who are not familiar with with a well digging. It’s just like a barn raising except you dig a well. Upon striking water, the party began and ran long into the night. I haven’t been told so; but, I’m quite sure at least some of the beverage of choice was good ole western North Carolina “Moonshine.” When morning came it was noticed that Mrs. Star was gone. After searching far and wide, they found her body at the bottom of the well. It is believed that she must have stumbled, fell into the well and died. Star, so saddened by her death, left the mountain never to return. He said it was a sign from God that he should never have come here much less build a hotel on this hill. Ever since, this big hill has been known as Star Mountain. Some people call it Star’s Peak. The western Yadkin County high school which sits near the foot of the mountain also bears it’s name “Starmount High School.”

Now,back to moonshine. From this area well back into the mountains of NC has come some of the best white lightening ever. Then there’s Junior Johnson one of the most famous of the local moon shiners. As a young man, he took his talent for out running the law to the race track becoming one of the first well know NASCAR drivers. My Dad used to work for Agrico Chemical Company selling fertilizer to farmers all over the western part of NC. One of his customers was Junior Johnson, who was a chicken farmer at the time among other things. I can remember my Daddy, Mother, Sister and I were driving home one Saturday night after visiting some friends in the western part of the county. Suddenly, Daddy said “Well, look going there. It’s Junior Johnson with a load of shine. It’s so heavy the rear end is about dragging the road. I can’t believe he’s going that fast!”

This festive Christmas art print will make a lovely conversational piece on any wall of your home or office during the Christmas Season or all year long!

Click on the image below to view that print. 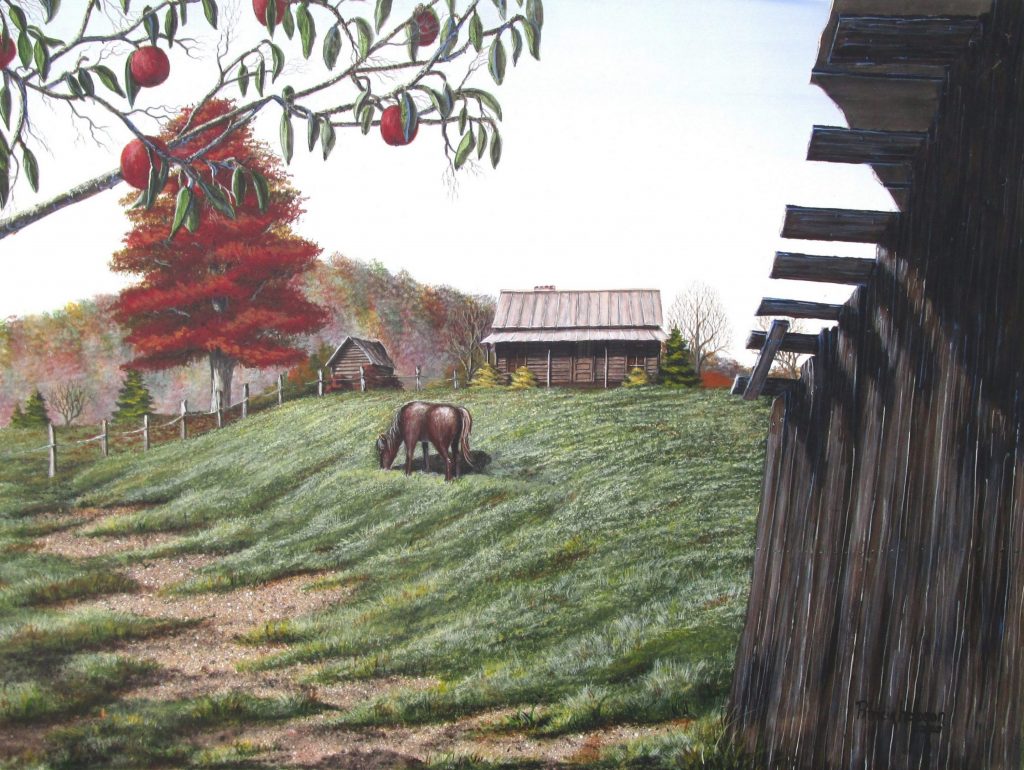