“The Twelfth Hole at Tanglewood” 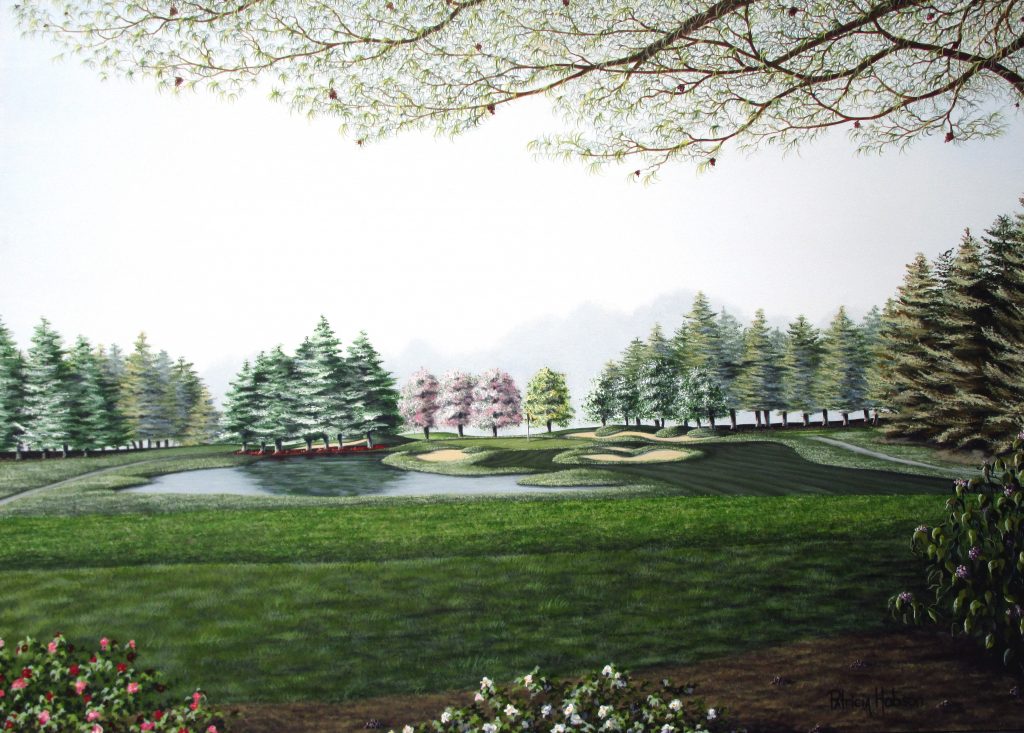 About  “The twelfth Hole at Tanglewood” Golf Prints 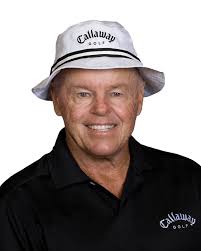 This is the third print in my series of prints of the beautiful Tanglewood golf course in Clemmons, North Carolina.  The Tanglewood course was the home of the historic Vantage Championship Seniors Golf Tournament.  In the fall of 1996, when this golf print was released, Jim Colbert was the championship winner.

In the spring of 1994, it appeared quite odd to me that of all the golf prints that are on the market the beautiful courses of North Carolina had gotten so little attention.  The fact that no one had done a golf print of the beautiful Tanglewood course, of Clemmons, NC, was a mystery to me.  After all it was the home of the Vantage Championship of Seniors as well as being one of the most beautiful courses in our state.  So, I said “Why not?” and started painting.  I’m so glad I did. The folks with the Vantage championship were excited about my decision to do the 14th hole (the signature hole) golf prints as well as being of great support and a great group to work with.  The golfers on this tour were overall some of the nicest men that I have met.  Some of them and their wives also purchased prints from me during the week of the tournament.

These beautiful prints will look great on the wall of any golfer’s home or office.

Click on the pictures below to see the other three golf prints I have available. 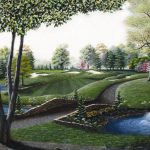 “The 18th Hole at Tanglewood”